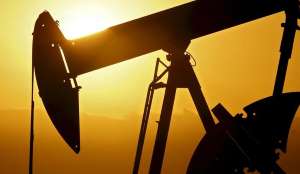 The Circle of Life comes to Life!

To the Public Prosecutor's Office Munich I

To the Media Reporting from Munich/ Freising 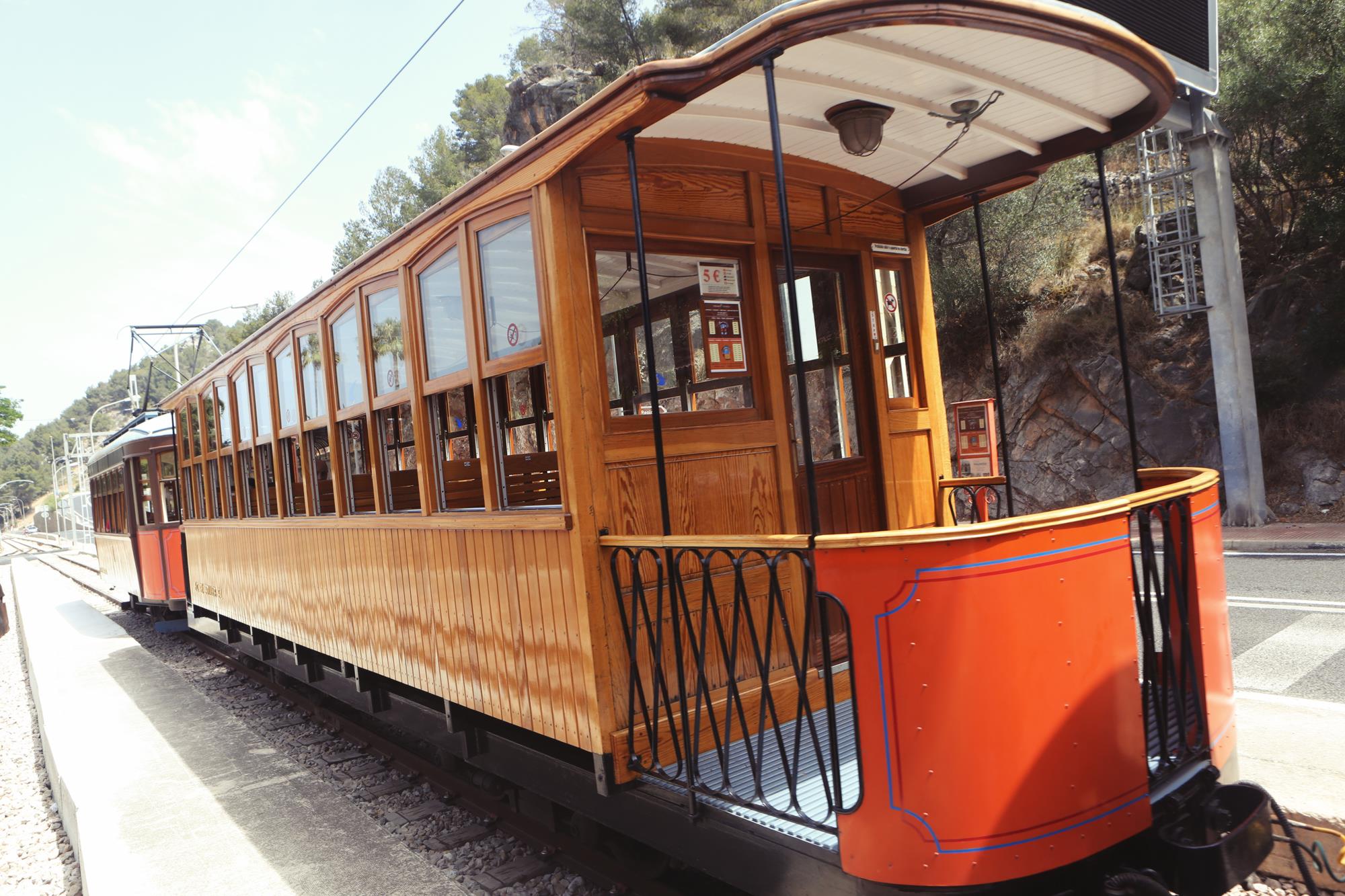 The Circle of life comes to Life!

And where is the Original?

The German-language document you may find here!

Excerpt from the Internet:

"Critics had been accusing Ratzinger himself of misconduct for some time - specifically in his dealings with a priest from North Rhine-Westphalia. The man is alleged to have abused boys many times.

According to the abuse report, Pope Emeritus Benedict XVI was present at an explosive meeting in 1980 when he was Archbishop of Munich and Freising. At this meeting, it was decided that the paedophile priest from Essen would be transferred to the Archdiocese of Munich and reinstated in pastoral care.

Benedict, then Cardinal Joseph Ratzinger, denies this and asserts that he did not attend the meeting. However, the expert Ulrich Wastl presented a copy of the record of the meeting, according to which Ratzinger did take part. According to this, he reported in the meeting, among other things, on conversations with Pope John Paul II."

And where is the Original?

As we have all understood with regret, many clergy from the Roman Catholic Church have been identified as perpetrators of the abuse cases or sexualised violence, but the question of the victims has not been clearly identified or made sufficiently clear.

There is, of course, nothing to be whitewashed when a young life falls into sexual relations with others or even protégés and is thus defiled, which can change or manipulate one's whole life!

That these victims should receive adequate compensation for such horrifying "stories" as soon as possible should be beyond question.

But whether the church will be the sole paying link in this defiled chain, that should finally be investigated more closely, because also this kind of perpetrators are, strictly speaking and with a fair amount of certainty, usually not paedophiles or men with paedophilic tendencies in the run up, and this is exactly recognisable by the order of magnitude of the frequency of the cases especially of the clergy, because this phenomenon would be completely illogical and lead to absurdity.

Thus, especially the perpetrator in the "course of his time" has also become a most pitiable victim of himself!

Among these pitiable clergymen, there will certainly be only a very few, or if at all, only a fraction of the perpetrators, who in fact and from the outset did not enter the state of an ordained clergyman for the sake of the Lord God, but and if at all, despite all the efforts of a theological study and more, followed their urge for sexual opportunities through children or charges in this way.

All this and much more did not happen only since the term of office of the German Pope Benedict XVI, who has been the Archbishop of Munich and Freising and the incumbent and now Emeritus Pope, but became evident long before!

However, Pope Benedict was one of the few who publicly identified a "system" or pattern behind these abuses by being able to name a point in time of the increasing abuses in order to be able to draw conclusions from them, about which presumably only your kind smiled, as you will now smile about his documentation of the 82 pages and about this document!

In fact, Pope Benedict XVI did not stand up and apologise for any misconduct during his time in office, which would have been easy for him, but he quite obviously could not apologise because there was no misconduct on his part and there probably will not be.

For this reason, he decided to publicly face the responsibility of his then and now office and certainly walked into the "trap" set for him quite deliberately!

Such a personality does not do such a thing out of wantonness or stupidity, but for the sake of finding the truth, and one can only do that in one's old age with a good portion of trust in God!

If he, as Pope Emeritus, also states in writing that he was not aware of the above-mentioned proceedings and did not participate in this explosive meeting, then you or the public prosecutor's office should at least check where the original of these submitted summarized record has remained!

A copy can be manipulated and made at any time, but the original of the record would have to be 42 years old, which you could certainly identify and prove as the original!

Also, there are certainly other meeting members listed in the original record and still alive, some of whom could give a true account.

A similar thing happened to my person years ago, whereby my person herself could quite clearly identify a falsification of the record, in that in the 1980s the records were generally still made with a typewriter and with at least one carbon copy, and it was and is therefore easy even for a layman to determine whether records were made several years later and whether the content or a name was subsequently changed, omitted or added and then placed in the files as a photocopy!

As you should know at least as a lawyer or prosecutor, the devil is in the detail!

And when you have completed this demanded investigation, then please will the media also be just as vocal in making the facts of the case clear, as is being practised just once again in Germany with the German Pope Emeritus!

There is one who could indeed clarify or at least assign connections and causes of the cases of abuse, which will certainly and logically exist, but it is precisely this one whom Germany is again taking to task and searching and searching for his misconduct, which will probably not exist, since he was essentially interested in the big picture and his endeavour was the knowledge and perception of God of each individual and of God's whole people, and he wanted or was able to concentrate comparatively rather little on the individual, which probably made him a thorn in the side of many another!

But one thing is certain; the Pope is currently in Bavaria and thus in the devil's kitchen and there he is probably in good and safe hands, which is also true for Italy, as sad as that is!

For it is precisely Bavarian lawyers and other highly well-heeled gentlemen or wannabes who frequently travel to Haiti, Thailand, Cambodia to Myanmar or Indonesia and elsewhere, where prostitution tourism also flourishes through the sexual use of children.

Excerpt from the internet:

"Sex tourism refers to travel undertaken primarily to establish sexual contact with the locals of the countries visited. Since this mostly involves prostitutes, the term prostitution tourism is also often used. Sex tourism on the scale observed today has only existed since the second half of the 20th century, due to the increasing prosperity of certain regions of the world (especially Western Europe, North America, Japan and certain states of the Arab world) and the possibility of being able to travel relatively cheaply and quickly to distant countries."

Thus, especially for many a well-heeled person, it is high time that the true church is overthrown and such and other highly aged or well-heeled people coming from a capitalist country are opened the door, also so that everyone can have some, not to mention the "abortion stories", isn't it?

This already looks quite good; the political stage has set itself up accordingly as one could clearly see and is already in the starting blocks!

If you and others will not have clearly miscalculated!

One can only hope whether Pope Benedict XVI is still at all willing to use his brain or activate his spirit in this respect for such a "dirty" fatherland, for which he has also committed himself, because after all there are also many children and young people who are perhaps worth trying again!

Even through this simple writing, one can learn to understand the cycle of life, if one were not dealing exclusively with morons!

Actually, the remaining true clergy should already be protected from your and other people's exaggerated way of life and exaggerated philosophy of life, since these few will not be able to withstand the diabolical circle of human for much longer, which are or were intended exclusively for God, in order to live and work contrary to the actual protection of human.

It is time for the media worldwide to finally also take note of this circle of life and to report on the entire circle of life by means of the various letters of my person, but also to provide information about the MOnumental- Cudgel of my person!

The truth will reveal itself one way or another at some point, of that my person is quite sure, especially also what will concern you and others as the "clean men"!

It would only be a pity if by then it`s already too late!

Note: According to volcano and earthquake news, most countries are still getting "one across the bow", but this is only the beginning of the end!

HP: My person, as a German, can of course be happy that she and her loved ones are still alive and can still steer against the spirit of the times, but far too often life and limb have been threatened and attacked and this will also be very expensive for everyone!